An Analysis of Maksim Grinberg’s Giving 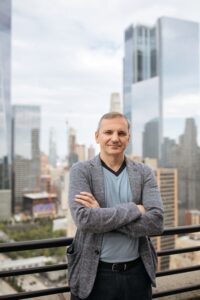 New York philanthropist and entrepreneur Maksim Grinberg is known for promoting the welfare of others and making a positive impact on communities around the United States. Maksim Grinberg’s reach goes far beyond New York City, where he currently resides. Communities throughout the United States have been positively impacted by Maksim Grinberg’s commitment to making the world a better place through donating his time, his hard earned money and his resources including Chabad by the Ocean, Chabad Lubavitch of Manhattan Beach, Congregation Friends of Refugees of Eastern Europe, Pneuma Ministries International, The Marina Shul, Lion’s Fight Club Martial Arts Club and so many more organizations.

There are several causes close to Maksim Grinberg’s heart. Among them are those related to his religion: Judaism. He has given back to Jewish communities from the East coast all the way to the West coast. “Giving back to the Jewish community is one of my greatest sources of happiness,” Grinberg said. “I’ve seen first hand how those in my community are treated and helping in any way I can is something that I have done and always will continue to do.”